Biu Gee is the form which concentrates enormous destructive power in its attacks. It is to use the natural skill to release the potential power of a person to the highest level and is also the combination of the mind and the theory of force.

To analyze the original idea of Biu Gee from the moves of the form:

Hence, when practising Biu gee, one must infuse his mind into the moves. In the way, he can feel the speedy effect and the original idea of this form so as to obtain the greatest satisfaction.

The profound skill of Wing Chun’s Biu Gee (or Biu Jee) Form can only expressed through demonstration, as such complexities can never be expressed in black and white. Hopefully, I wish that the participants of this course can grab hold of this profound skill so as to increase their understanding of Wing Chun. Consequently, they can practise Wing Chun with great interest. 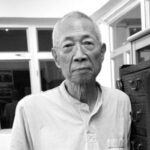