The first time I met Chu Shong Tin (CST) was in 2003! I had already been an instructor at a Wing Chun Academy in Sydney owned by Jim Fung – a senior students of CST – for a few years. I had only heard stories about CST’s alleged ‘effortless power’. In those years I was working as a bouncer in Sydney’s nightclubs including in Kings Cross. Which was the red light district of the city and is well known for its roughness. Also, in my late teens I was weight lifting consistently. I believed that the stronger my muscles, the more powerful I could generate with my body. Therefore, even though I went along with the legendary stories and was proud to be part of lineage and training, I was certainly a skeptic in the ‘internal’ power of Kung Fu.

The beginning of a Kung Fu movie type of life, and the birth of Mindful Wing Chun!

CST entered the room wearing a most genuine smile on his face. We all bowed in respect as he waved his hand, seemingly embarrassed to receive such respect. After a few minutes of social engagements, he stood in front of the room with a serious posture and looked around as if waiting for silence. He began the seminar by saying “Wing Chun doesn’t make you Superman, but it enables you to utilize your body as powerfully and most efficiently as possible!”. How’s that for an opening! I thought to myself. He went on to talk about the Siu Nim Tao (SNT) form and how it was a tool for the Mind to tap into and control the joints of the body in an extraordinary way.

Around 30 minutes into the seminar, he asked for a volunteer to demonstrate on and I quickly jumped up and headed to the front. He silently chuckled at the enthusiasm as he got me to hold out my arm and lightly placed his arm on top. He asked me (through the translator) to try and stop him from moving his arm down. I held strong but not as hard as I could. Suddenly I felt as if a 40kg object was placed on my arm as he moved it down effortlessly with a smile on his face. I was in a bit of a shock because what I felt didn’t seem possible.

So I adjusted my stance and held my arm out in a gesture for him to do it again, and this time I held as hard as I could! He gave my stance a glance and then dropped his arm down, this time with a bit more speed. My legs buckled and I felt like I was being pulled down from the waist as I nearly hit the ground! There was a collective sound of ‘aww’ in the room followed by laughter. As for me, I decided then and there that I need to do whatever it takes to move to Hong Kong and learn from him directly!

I arrived to Hong Kong in 2005. My plane landed at 9am so I found a cheap hostel to rest for a few hours and then was on my way to Master Chu’s home where he lived with his wife and kids, which was also his school at the time. To say I was buzzing with excitement and anxiety would be an understatement! As soon as Master Chu saw me he began to wave with a most sincere smile. So I went for a bow but changed my mind half way and began to wave back which turned into a messy and nervous hand movement. He of course laughed out loud as he shook my hand, then signaled for me to begin training.

I asked one of the local students what I should practice. He asked CST and replied “whatever you want”. I looked around the room and saw that everyone was slowly practicing Siu Nim Tao. So, I stood in front of the mirror and did the same. He watched intently as I very nervously performed. When I was done, I looked at him as if to say “okay, so what’s next?”. He just smiled and looked away which made me realize that there’s no structure to his classes. I went through the Siu Nim Tao form again and this time he started to enthusiastically talk in Chinese with the local students as he was pointing at me. The students surrounded me and started to touch around my shoulder joint and upper back. I was thinking to myself “yeah that’s right! Feel the power lads!”.

One of the locals then translated what Chu Shong Tin was saying and it was something like “Sifu says your muscular texture is the opposite of the condition we want to achieve in his system!” I was crushed but tried keep a straight face. After all I’d been a Wing Chun teacher for many years and held my own in Chisau against the senior instructors in Sydney. Additionally, I had a lot of real fighting experience! So talk about having your ego’s head chopped right off! For the record, Master Chu didn’t mean to humiliate me in any way. That’s how he taught. He was very blunt and straight to the point when it came to Wing Chun.

Fast forward 2 years, I established my Wing Chun School in Hong Kong. Initially it wasn’t easy financially and for over a year I had to live off cans of tuna, lettuce and rice as my daily diet. I was still practicing 6-hours a day with CST on top of my teaching. He shocked us with his tremendous ‘internal’ power day in, day out! As the years went by, I became very close with him and he really became the father figure in my life. I know he was very appreciative of my achievements. Both, in my personal practice and my school which became the biggest Wing Chun school in Hong Kong. He even conducted three seminars at my school. Which, he highlighted, were the only seminars he had ever conducted in Hong Kong in his 60+ years of teaching.

He often voiced how proud he was and even after he passed away, his wife and kids still talk about how much he valued my efforts. I spent over 9-years training with Kung Fu legend Chu Shong Tin. During which he taught me the entire Wing Chun system including the weapons. CST’s method of Wing Chun is very different from any other system I’ve come across so far.

Knowing and training with Kung Fu Legend Grandmaster Chu Shong Tin had the biggest impact on my life. I feel like I have found my purpose, which is to pass on his very unique and remarkable method of Wing Chun to as many people as possible! Before he passed while filming a DVD, he mentioned that his final wish is for his few students who have achieved a good level in the internal aspect of the art, to find a way to pass it on to the entire world. This is the reason why I worked for years on developing our Online School mindfulwingchun.online so that his teachings can be accessible to and benefit the lives of everyone!

I have and will continue to dedicate my life to fulfilling Grandmaster Chu Shong Tin’s last wish till my dying day. 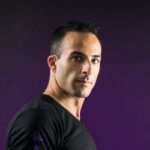 Nima has over 18 years of Wing Chun teaching experience and is a certified Sifu in Wing Chun by the Ving Tsun Athletic Association (Ip Man’s official association). Since he began his Wing Chun practice, Nima has been training and teaching for over 50 hours a week.